“It is very exciting to see StarlingX deliver on the high demands of edge use cases in production,” said Ildikó Váncsa, Senior Manager, Community & Ecosystem, for the Open Infrastructure Foundation. “Operators, such as Verizon, Vodafone, Elisa, KDDI, NTT Docomo, and more, are relying on the platform to securely provide high bandwidth, low latency connections on distributed devices at all times. While these characteristics are crucial for virtual and Open RAN deployments, they also make StarlingX the ideal platform for innovations like autonomous vehicles, smart cities, augmented reality, manufacturing, drone delivery, and remote healthcare to become reality. Open source StarlingX is a proven solution for edge applications with commercial deployments around the globe. The StarlingX community is working diligently to expand the capabilities of the platform with each release, and StarlingX 7.0 is a prime example; it features enhancements that improve scalability, enhance security and stability, and provide further flexibility for users.”

To further support the low-latency and distributed cloud requirements of edge computing and industrial IoT use cases, the community prioritized these enhancements in StarlingX 7.0:

Improved scalability
– To support a wider variety of edge use cases, StarlingX 7.0 increases the number of subclouds that the Distributed Cloud architecture can manage. Since the size of edge infrastructures can grow quite large, the community is continuously working on increasing the number of subclouds that the platform can support. For instance, the 7.0 version of the platform can handle up to 1000 All-in-One Simplex (AOI-SX) subclouds.StarlingX 7.0 integrates Istio service mesh to enhance Kubernetes in areas such as observability, traffic management, security and policy management.

Enhanced security and stability
– StarlingX 7.0 includes support for security audit logging to capture commands that were executed using the REST API of the platform services, including using SNMP. The functionality is also available for the Kubernetes component of StarlingX with the option to configure at bootstrap time. This feature helps with identifying any suspicious activity and applying preventive measures.
– The community took the first steps to replace Pod Security Policies (PSP) with Pod Security Admission Controller for Kubernetes. With this change, the platform has a more efficient and reliable solution to enforce pod security standards.

Greater flexibility to manage a diverse set of decentralized workloads
– Upgraded PTP Dual NIC Support Boundary Clock Configuration: The community upgraded base PTP packages in the 7.0 release. This provides much more fine grained configuration options for this feature with which users can now set host-level preferences. This improvement highly increases the manageability of the platform in an area that is crucial for real-time applications in industry segments such as telecommunications, manufacturing and more

– Enhancements to Subcloud Local Installation feature: This feature was added in an earlier release to provide further flexibility to deploy the end-to-end edge infrastructure and remove dependencies such as network connection and available bandwidth. The 7.0 release increases the efficiency and stability of the feature.

Debian OS Migration: In StarlingX 7.0, the base operating system has been shifted from CentOS to Debian Stable Release. Debian is a widely known and well-tested open source Linux distribution with long-term maintenance. Distributed Cloud Horizon Orchestration Updates: In this version, the Horizon web interface allows users to upgrade components throughout the Distributed Cloud architecture such as Kubernetes, device/firmware image and more.This version of the platform also updates Kubernetes to the 1.23.1 version and uses that as default.

Learn more about these and other features of StarlingX 7.0 in the community’s release notes.

The StarlingX project launched in 2018, with initial code for the project contributed by Wind River and Intel. Active contributors to the project include Wind River, Intel and 99Cloud. Well-known users of the software in production include T-Systems, Verizon and Vodafone. The StarlingX community is actively collaborating with several other groups such as the OpenInfra Edge Computing Group, ONAP, the O-RAN Software Community (SC), Akraino and more. 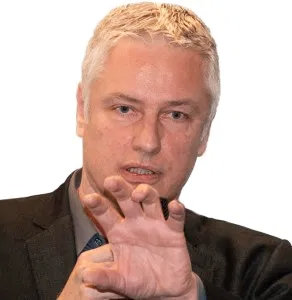